According to an article by Vox.com, there have been 2,225 shootings since the Sandy Hook Elementary School shooting on December 14, 2012. On September 16, 2019, the Sandy Hook shooting was 2,467 days ago, meaning there have been only 242 days in nearly seven years in which a shooting has not occurred. This statistics are reasonably frightening, causing widespread panic among young and old alike. The Mohawk Area School District, whose first priority is safety, has responded to this terrifying epidemic within our country by implementing a brand new police force for the 2019-2020 school year.

Prior to the enactment of the new police force, Mohawk Area School District was served by a few security guards on a daily basis. Security guards, like Officer Tom Sansone, were responsible for monitoring the school’s cameras, ensuring the parking lots were safe and secure, and enforcing general safety rules throughout the building. Officer Sansone and the other security guards within the district have come to be greatly beloved by the students, who appreciate these people for ensuring their safety. Luckily for students, parents, teachers, and community members alike, Mohawk Area School District has decided to take their security up a notch and create a brand new police force for the district.

In early August, it was announced that former Union Township police officer Joseph Caiazza would serve as the police chief of the new Mohawk Area School District Police Department. In addition to Officer Caiazza, eight other officers were hired to make up the department. In an article by the New Castle News, school superintendent Michael Leitera expressed his excitement for the new police department and its effect on the future of Mohawk.

We’re lucky to keep people who are familiar with our students, their families, the staff, and the district. This is just the beginning.”

To raise excitement throughout the district for the new police department, Mohawk Jr./Sr. High School is hosting a Logo Design Competition for the new department for all students in grades 7-12. The winner’s design will be placed on a T-shirt and displayed throughout the school.

When faced with the dark reality of school shootings and other dangerous events in today’s society, it is important that we remain serious about safety and the potential side effects of such disasters. At Mohawk, students are often reminded that their safety is the number one priority of the staff, administrators, and the rest of the district. Hopefully, the implementation of this new police force will provide a bright, safe, and stable future for the students, parents, staff, administrators, and visitors of the Mohawk Area School District. 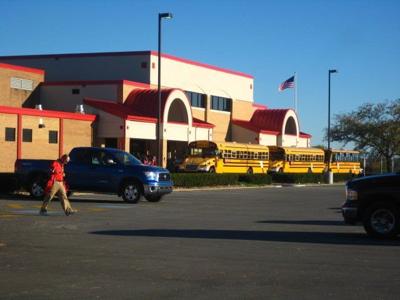