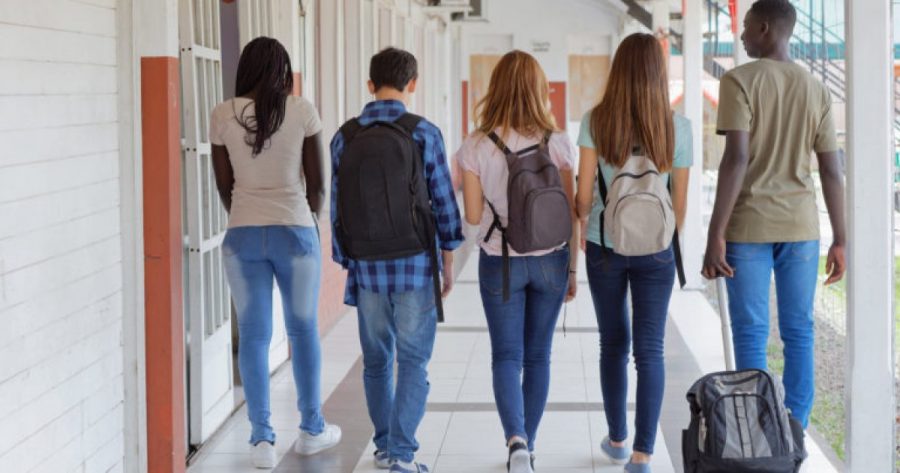 The dress code has been a touchy subject in schools nationwide longer then most of us have been able to attend school. Everyone has a different take on how dress codes should be conducted within their school some believe that the dress code is crucial in order to maintain a sense of homeostasis within the school while others will strongly disagree with that idea.

School dress codes may seem like a minuscule thing among the vast amount of problems associated with the educational system in America, but that couldn’t be further from the truth. The first law pertaining to a school dress code ever was established in 1969 as a result of a lawsuit that involved several high school students who wore black armbands as a planned peaceful protest against the Vietnam war. The court had essentially given schools the power to limit the amount students were allowed to express themselves if said expression was distracting or harmful to others. In modern times the majority of states have laws that allow for school boards to make decisions pertaining to the dress code. Thus the dress codes simple existence is formulated on the simple sense of control over the youth of America.

Many students argue that the dress code is either to strict or not necessary as it does not allow them to express themselves in the way they desire. Dress codes can even unintentionally put a financial strain on some students whom can not wear the clothing they already own simply because their school district sees their attire as inappropriate in reference to their own standards.

This seems to affect the female student body in more apparent ways then the male. Dress codes have been accused of stemming from sexist ideals, punishing young women for simply developing in to just that young women. The dress code tells young women that their shoulders and knees will distract their classmates casting a sense of shame over female students for simply existing in their own body. Being dress coded has been described by a number of members of the female student population as one of the most demeaning and degrading experiences in their young life. The feeling that you are doing something wrong by existing as a young women in an educational space.

“The very concept of the dress code is for the feeble minded male gaze who values a fifteen year old girls collar bones over his very own education and uses the excuse of the dress code as a cover up for not being able to control his own eyes, this goes almost both ways, whereas a female teacher might not have the same intentions, thus sparking the dress code and sexism debate.” -Hiro Koty, Mohawk Jr-Sr high school

Many school boards claim that the dress code is preparing youth for their futures teaching them how to dress in order to be perceived as a professional. This would be a valid point if the professional world was not evolving in the way it is where many people now work from home or work for a company in which the encouragement of their employees to express themselves through their fashion choices is present.

If school boards are not supporting their dress codes with the claim that its preparing us for our professional future, then its the claim that dress codes are essential in maintaining a productive learning environment. The power a young women’s body has over society is astonishing, so mush so that what she wears supposedly is a determining factor in whether or not a productive learning environment is possible. A young woman should be more focused on her own education rather than if her attire is “distracting” to her male counterpart.