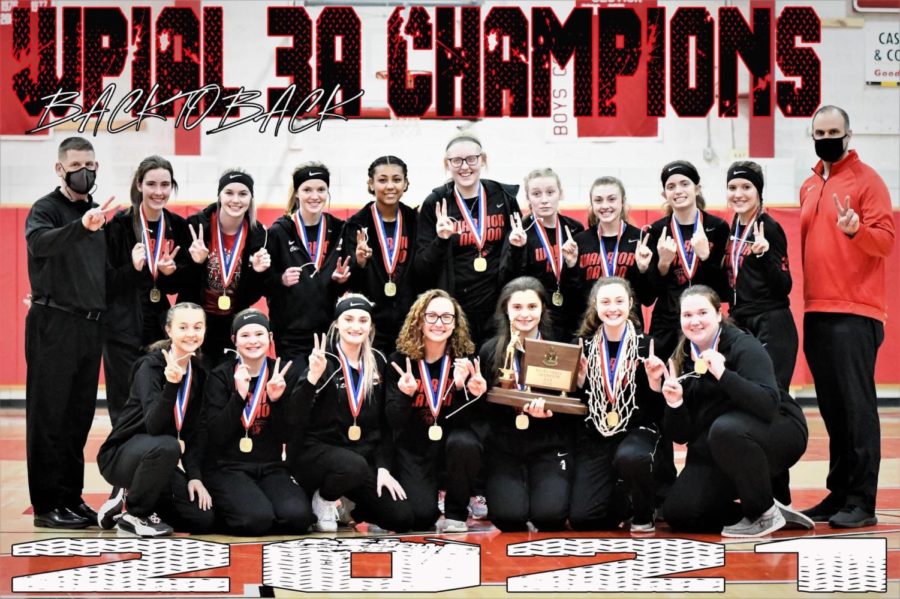 This past weekend, The Mohawk Lady Warriors basketball team took on the North Catholic Trojans in the WPIAL Championship. Both teams had won it last year. North Catholic had won both games in the regular season. We knew it was going to be hard. But it is hard to beat a team three times. The game was played Saturday at 5 at North Allegheny. The Lady Warriors came out strong. They came out in the first quarter to a 20-12 lead. The Lady Warriors didn’t stop at all, they kept that streak going. At halftime, the lead was cut short to only 5. By the third quarter, the lady warriors were only up by 2. With a little over a minute left in the game, the Trojans came back and were up by one. But the Lady Warriors knew that they could fight back. Nadia Lape and Paige Julian had some huge foul shots to come out with the lead. The Lady Warriors had beat the Lady Trojans (54-48). The Lady Warriors had four girls in double digits. Paige Julian led with 15 points, Nadia Lape with 14, Hannah McDanel with 13, and Abby Shoaff with 12. That was the Lady Warriors’ second Championship win in a row. The Lady Warriors advance to the State playoffs. The Warriors play on Friday, March 19th at 6:30 pm. They will take on the Punxsutawney Chucks in the second round of the state playoff.