The End of the Reign of Princess Lorraine 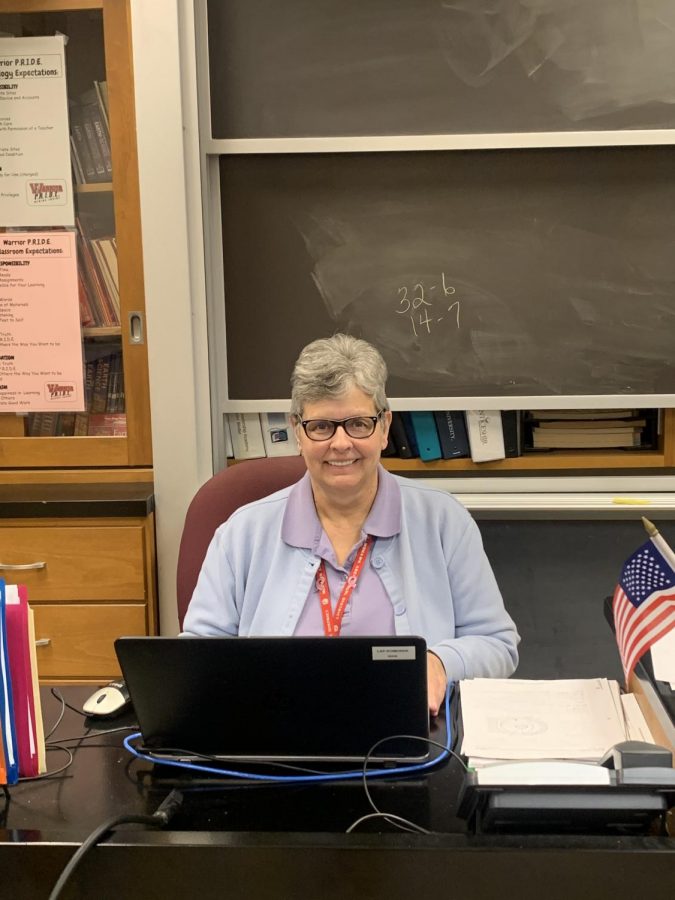 Almost every single student in Mohawk Jr./Sr. High School knows and loves Ms. Komorek, also known as “Princess Lorraine.” As a teacher of Environmental Science in the Freshman Rotation course and as the instructor of a plethora of other science courses, most students have the pleasure of encountering Her Majesty at some point. With her relaxed attitude, kind spirit, and extraordinary love of extraterrestrials, Ms. Komorek has become quite the celebrity among students and teachers alike during her 20 years of teaching within the district. However, as English author Geoffrey Chaucer once said, “All good things must come to an end.” On November 19, 2019, it was announced by Mohawk Area School District that Ms. Lorraine Komorek would be retiring from her position as a high school science teacher on January 15, 2020.

Prior to becoming a science teacher at Mohawk Jr./Sr. High School, Komorek earned her law degree from the University of Akron Law School and practiced as a trust attorney. Although she found the theory of law fascinating, she found that she did not fully enjoy the practice of law and felt as if her heart was someplace else.

“When I was in high school, there were more opportunities in law.” she says with a smile as she recalls her younger years, “But my heart was in teaching. I had wanted to be a teacher ever since I was a little girl.”

Upon leaving the legal field, Komorek was given an opportunity to return to school to get her teaching certification. Ever since this shift in her life, she has been a teacher at Mohawk Jr./Sr. High School for 21 years. Throughout her career, Komorek has been given the opportunity to see the rapid advancement of technology over the past few decades. As a science teacher, Komorek is deeply involved with current issues involving climate change, feminism, and other matters of technology, the environment, and politics. She prides herself on her ability to educate the next generation of our society and looks back fondly on her years as an educator.

“This year’s Advanced Environmental Science classes have been some of my favorite.” Komorek recalls. “Working with these seniors has been such a blast and I truly could not ask for a better group of kids to finish my career with.”

Although Komorek adores teaching and working with children, she realizes that she is not the same as she used to be. She often tells her students that she does not have the stamina that she used to and is not able to teach to her highest ability. These factors are what inspired the educator’s decision to retire at the end of the first semester instead of at the end of the 2019-2020 school year, like she had originally planned.

“I don’t feel as if my students are getting the best version of me.” she comments with a sad smile. “If they aren’t getting what they truly deserve out of a teacher, then that is my cue to go. The time has come.”

When Komorek announced her retirement to her students, it came as a genuine shock to many. The group that was most heavily affected by this announcement were the seniors, who adore Ms. Komorek and hoped to end their senior year with her by their sides. Although the news is shocking and sudden, the seniors realize and respect the decision of their dear “Princess Lorraine.” Komorek’s time spent as an educator has truly been instrumental in changing the lives of countless students and putting smiles on their faces everyday. The entire Mohawk community is sad to see her go, yet understands her decision and stands behind her fully. Although her years as an educator have been fulfilling and rewarding, Ms. Komorek recognizes that this is the end of the reign of Princess Lorraine.